EnvisualsVideos That Work For You

TM3 is an appointment-management software platform, produced by Blue Zinc. Their clients are small health practices who want to improve their efficiency with an online appointment-booking system.

TM3 is supplied by Belfast-based software company Blue Zinc. Blue Zinc needed to show off the benefits of their system to help win over new customers. They decided to produce some customer testimonial videos.

Having seen the quality of our previous work, Blue Zinc’s marketing team contacted Envisuals for help with filming their first testimonial video. 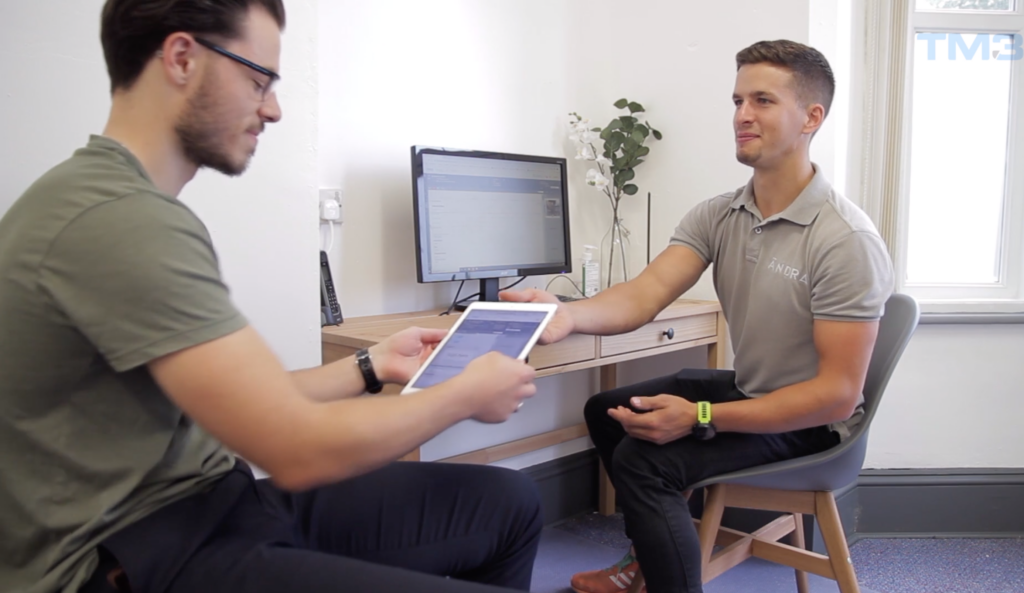 We were to film with a small health practice in Derbyshire, called Andra Health.

The video was aimed at similar practices, so needed to touch on the ‘pain points’ that they face. Blue Zinc were keen to show off the features of the product, as well as the benefits it has for a small independent health practice.

After arranging a mutually-convenient date with the participants, we coordinated the filming session. We prepared a filming schedule, showing the timings of the day. The participant’s business was split over two sites, so we planned the logistics of getting the crew, equipment and participants between each location whilst minimising the risk of any delays.

We’ve got extensive experience of coordinating filming sessions. This experience allows us to mitigate delays on the day, ensuring we make the most of the filming time, while making it an enjoyable experience for those taking part. This is especially important when filming videos of this nature - to help maintain a good relationship between the participant and our client.

We worked with BlueZinc to identify their target audience persona. We also discussed with them the key messages that they wanted the video to cover. Based on this information, we developed the interview questions, and noted our ‘ideal answers’ for each question.

At this stage, we also confirmed which media channels the video would be used on, so that the footage would be captured in the most appropriate format.

This video was filmed over one day, with a 2-person crew. We filmed and directed the sit-down interviews, asking questions and directing the participant to give answers which we knew could be edited together to form a full, uninterrupted narrative.

The participants were not used to being on camera, and were quite nervous. But we were able to put them at ease which allowed for a relaxed, conversational delivery.

We filmed the interviews with a 2-camera setup, allowing for further visual interest and flexibility in the edit. 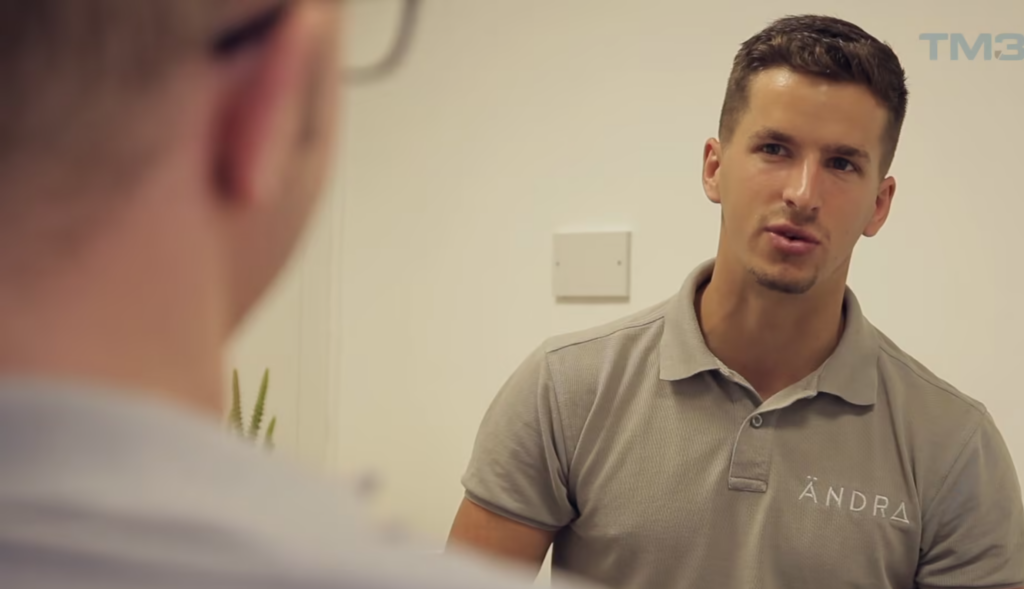 The finished video is a neat, self-contained, 2-minute video which summarises the product, and shows off its benefits.

The video was used on TM3’s website and social media channels, and has helped them win over new clients.

After producing this video, Blue Zinc commissioned us to produce further videos, filming in Dublin and Belfast.

“Envisuals were an absolute joy to work with from start to finish. Whole project was seamless from first point of contact to final version with great communication throughout. We will be using them for future work and would recommend it to other businesses looking to have video content done.”